Leave a comment Posted on July 26, 2016 by Elizabeth Recommended Reading 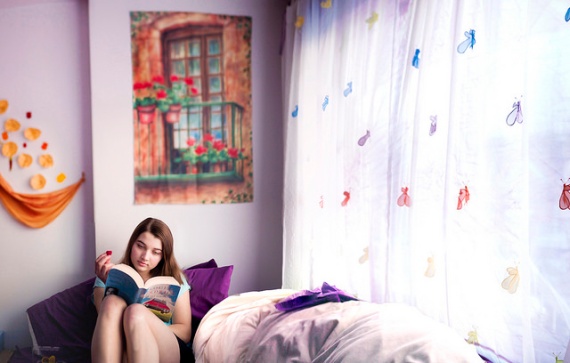 Is there any combination of words in the English language sweeter than “summer vacation”? That glorious expanse of three hot months spent sunbathing on beaches, napping in hammocks, and eating ice cream barefoot on hot asphalt.

Okay, enough fantasy. Realistically, most of us have probably been working to pay for that expensive conservatory tuition (it’s too damn high!) and/or slaving away in hot practice rooms at music festivals around the world. But one should always make time for summer reading breaks. Here are four books you should add to your list! Many, many thanks to my friends for their recommendations!

END_OF_DOCUMENT_TOKEN_TO_BE_REPLACED 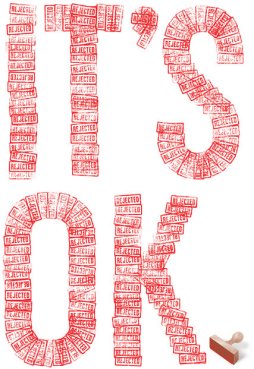 Hello again, dear readers! I’m back to posting after taking a month off to focus on auditions, and I know many of you have just finished the same process. Admissions decisions will be rolling in within the next few weeks, determining where we will be for the next 2-4 years–but unfortunately, for many of us, there will inevitably be some rejection letters in the mix. That’s why I wanted to re-share this article, published almost a year ago exactly, in which Frank Bruni raises some excellent points on the benefits of taking second-choice paths.

People bloom at various stages of life, and different individuals flourish in different climates….For every person whose contentment comes from faithfully executing a predetermined script, there are at least 10 if not 100 who had to rearrange the pages and play a part they hadn’t expected to, in a theater they hadn’t envisioned. Besides, life is defined by setbacks, and success is determined by the ability to rebound from them. And there’s no single juncture, no one crossroads, on which everything hinges.

This goes far beyond easing disappointment with “sour grapes” excuses. Personally, I think rejection has been one of the most strengthening elements in my life. Sure, it sucks in the moment–but it teaches you resilience; it gives you the assurance that you are pursuing your passion for the right reasons, and not because of any external validation; it trains you to face reality and accept all its good and bad parts with open arms.

Best of luck to all of us. Read the full article here.

Improv comedy and classical music may seem like two very disparate worlds, but certain principles about performance–about sharing yourself and your work with an audience–remain true across the board. It’s always enlightening to hear great performers, from any field, share about their processes and philosophies. This GQ interview with Stephen Colbert is intimate, descriptive, and even profound.

“Our first night professionally onstage,” he said, the longtime Second City director Jeff Michalski told them that the most important lesson he could pass on to them was this: “You have to learn to love the bomb.”

“It took me a long time to really understand what that meant,” Colbert said. “It wasn’t ‘Don’t worry, you’ll get it next time.’ It wasn’t ‘Laugh it off.’ No, it means what it says. You gotta learn to love when you’re failing.… The embracing of that, the discomfort of failing in front of an audience, leads you to penetrate through the fear that blinds you. Fear is the mind killer.”…

He said he trained himself, not just onstage but every day in life, even in his dream states, to steer toward fear rather than away from it. “I like to do things that are publicly embarrassing,” he said, “to feel the embarrassment touch me and sink into me and then be gone. I like getting on elevators and singing too loudly in that small space. The feeling you feel is almost like a vapor. The discomfort and the wishing that it would end that comes around you. I would do things like that and just breathe it in.” He stopped and took in a deep yogic breath, then slowly shook his head. “Nope, can’t kill me. This thing can’t kill me.”

It can’t kill you. Sometimes courage comes when your love for something outweighs the embarrassment and discomfort of failing, and no matter how experienced a performer you are, it’s good for most of us to be reminded of this. Read the whole article here for more insights into Colbert’s work process, and a surprisingly emotional discussion about suffering and acceptance, and gratefulness and loving God.

Published a little while ago, but it’s still a worthwhile article to read and re-read: the brilliant Stephen Hough talks about how to approach practicing, and doles out tips that are sage, practical, and concise–a rare and praiseworthy combination. “The purpose of practising is so that we (offstage as engineers) make sure that we (onstage as pilots) are completely free to fly to the destination of our choice. That destination is one involving imagination and creativity and spirituality and danger and ecstasy of course, not merely the A to B of playing the notes, but without the nuts and bolts in place we will never be airborne. The greatest interpretative vision of the final pages of the final sonata of Beethoven will nosedive to oblivion if we can’t play an even trill.” Read the full article here.

What has been one of your biggest practice breakthroughs?

This recent New York Times article by Vivien Schweitzer talks about the sacredness of certain composers and certain works–particularly the late, twilight-year compositions of Germanic composers such as Beethoven and Schubert–and the reverence with which most musicians approach them. Schweitzer compiles opinions from many famous musicians, both young and old, on how they deal with the question of being “ready”–emotionally, philosophically, mentally–to play any of these pieces that demand maturity and struggle. Some notable excerpts from the article:

“If I play a piece of Chopin or Schumann, it’s a one-to-one confession all the time, but with Beethoven, the slow movements are not so much a confession but more a kind of preaching. He has a bigger message about humanity. Earlier, I didn’t really understand and appreciate that expression.” – Leif Ove Andsnes

“In a case like Schubert, who died at 31, he had enough sorrow for a lifetime. There is something about the subtext of his music — people say you have to suffer a little more.” – Jeremy Denk

“I don’t take life for granted, and I don’t know if I will be alive in five years. As far as I know, no composer wrote on their score, ‘Forbidden to those under age 18.’” – HJ Lim

“On the one hand, Beethoven is unspeakably profound….On the other hand, there is not much gained about being too precious about it. The fact I decided to record the Beethoven sonatas doesn’t mean I won’t feel differently about them in 20 years. I knew I would go deeper if I was forced to record them.” – Jonathan Biss

I can definitely say for myself that I used to approach late works with a happy-go-lucky naivety, concerned more with surface musicality than profundity. Studying one of the last three Schubert sonatas in the past semester, though, has really opened my eyes. Many of the notes, harmonies, and melodies look straightforward and simple at first glance, but a surprising amount of struggle and depth of thought is required to express this highly nuanced, poetic music intelligently–yet organically. “The notes are easy, but the music is hard.”

What kind of music do you find difficult to approach because of its depth?

Leave a comment Posted on November 15, 2014 by Elizabeth Recommended Reading

“There was a great Hungarian violinist, Sándor Végh, who became a conductor after he left the Végh Quartet. He said, ‘It’s not too difficult to find a string player who really sings on his instrument, but it’s very rare to find a string player who speaks on his instrument,’ and I think that’s a profound distinction. Speaking involves inflection, it involves an understanding of the language. Too many young people today play their instruments most wonderfully – they have such command of their instrument – but it’s as though they’re speaking a foreign language, phonetically. They pronounce all the words, but they have no idea of what they’re saying. And I think that’s one of the big differences between the great artists of the time and this level of expertise that is constantly expanding and rising.”

Not making enough progress in the practice room? Maybe the problem is that you’re practicing for too long–on one thing, that is. In this article on the Bulletproof Musician, Dr. Noa Kageyama explains how a study on practice techniques for baseball players reveals that practicing should be done in very short chunks of time, switching back and forth between multiple tasks, rather than in one long, singularly focused block of time.

How do you manage your practice time?