Leave a comment Posted on June 28, 2014 by Elizabeth Music History, Notes from the Past, Quotations

“I’ve just received some letters from Vienna regarding Liszt. He caused a stir as Vienna has never known. He is truly an artist whom one must see and hear for oneself. I regret that you won’t meet him because you two would really get along well. He likes you very much. He ranks your compositions far above Henselt’s, above everything that he knows in our time. I played your Carnaval for him (I also played it for Ms. Cavalcabo); he’s delighted with it. ‘He’s a genius,’ he said; ‘that’s one of the greatest works I know.’ You can imagine my joy.”

“Once again I survived playing at the theater. The applause was as usual, but my playing seemed so bland and so–I don’t know how to put it–that I almost lost interest in continuing with my tour. Ever since I heard and saw Liszt’s bravura, I feel like a beginner. Maybe my courage will return again–I hope it’s just a passing melancholy which I often have. I know it’s not right to be so dissatisfied, but I can’t help it. The only thought that can cheer me is to live as an amateur pianist later, to give a few lessons, and not to play in public anymore. You’ll always love me, my Robert, won’t you?”

Leave a comment Posted on June 21, 2014 by Elizabeth Performing 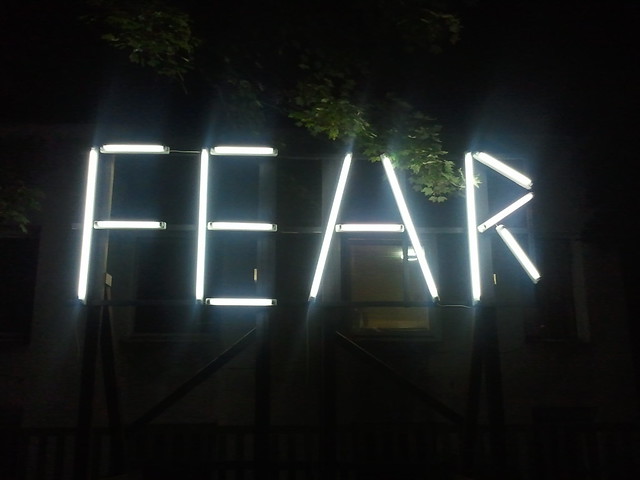 The question is usually:

Perhaps a better question would be:

“How do I dance with the fear?”

Click over to Seth Godin’s blog for a very brief but poignant post on what our true enemy is. (Hint: it’s not fear.)

So you’re thinking about taking the next academic step in pursuing a musical career! Good for you! There are some big factors to keep in mind when deciding to apply for a master’s degree in music:

Once you’ve decided to move forward with your decision to apply (exciting!), here is a general timeline, list of documents you will probably need, and resources to make your application process a little easier (i.e., keep you from tearing your hair out and sinking into a puddle of depression and Doritos).

END_OF_DOCUMENT_TOKEN_TO_BE_REPLACED “In Leipzig even, where I played the ‘Carneval’ at my second concert in the Gewandhaus, I did not succeed in obtaining my usual applause. The musicians, together with those who were supposed to understand music, had (with few exceptions) their ears still too tightly stopped up to be able to comprehend this charming, tasteful ‘Carneval,’ the various numbers of which are harmoniously combined in such artistic fancy. I do not doubt that, later on, this work will maintain its natural place in universal recognition by the side of the ‘Thirty-three Variations on a Waltz of Diabelli’ by Beethoven (to which, in my opinion, it is superior even in melodic invention and importance). The frequent ill-success of my performances of Schumann’s compositions, both in private circles and in public, discouraged me from including and keeping them in the programmes of my concerts which followed so rapidly on one another….That was a mistake, as I discovered later and deeply regretted, when I had learned to understand that for the artist who wishes to be worthy of the name of artist the danger of not pleasing the public is a far less one than that of allowing oneself to be decided by its humors

—and to this danger every executive artist is especially exposed, if he does not take courage resolutely and on principle to stand earnestly and consistently by his conviction, and to produce those works which he knows to be the best, whether people like them or not….

The stream of custom and the slavery of the artist, who is directed to the encouragement and applause of the multitude for the maintenance and improvement of his existence and his renown, is such a pull-back, that, even to the better- minded and more courageous ones, among whom I am proud to reckon myself, it is intensely difficult to preserve their better ego in the face of all the covetous, distracted, and—despite their large number—backward-in-paying We.

There is in Art a pernicious offence, of which most of us are guilty through carelessness and fickleness; I might call it the Pilate offence.1 Classical doing, and classical playing, which have become the fashion of late years, and which may be regarded as an improvement, on the whole, in our musical state of things, hide in many a one this fault, without eradicating it:—I might say more on this point, but it would lead me too far.”

1. In reference to the Biblical Roman official who reluctantly sentenced Jesus to death in order to please the public.

The video that made me realize how incredible this lady is.

The hair. The humor. The no-nonsense attitude. Above all, the unflinching artistry. Happy birthday, Martha!

“I think interpretation is trying to liberate what one is unconscious about. When one can let go some things one doesn’t know are there – the unexpected things and the surprises in the performance – that’s when its worthwhile. This is also what I appreciate in other performers. When they are masters of their means of expression, this does not exactly interest me. That interests me in a teacher, but in a performer I am interested in what happens behind or in spite of the things the performer consciously wants to do. Maybe I am a little bit of a voyeur, you know, that way. But this is what I love.”
– Martha Argerich, in a 1979 interview

Leave a comment Posted on June 1, 2014 by Elizabeth Music History, Notes from the Past, Quotations

“One might think you were very pale or even somewhat sickly, based on the painting [of you]. You aren’t, are you? But as I said, I’d like you to put on some weight, and I want to tell you how to do that–you have to be very cheerful, drink an occasional glass of Bavarian beer, and you must not play anything by Bellini and Chopin, and only amusing and funny pieces by your beloved. By the way, remain just as you are if you want (I already wrote you that)–you please me, truly you do–I imagine my future wife to be just like you–do you hear?” – Robert Schumann, to Clara Wieck, April 1838